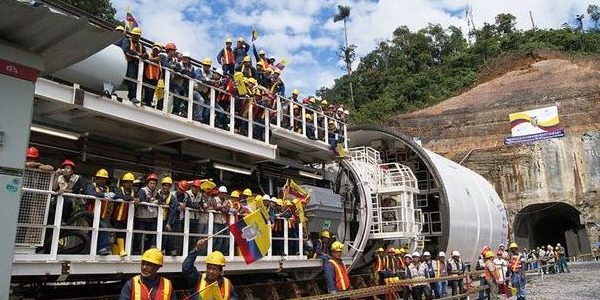 Interesting article on the future of hydroelectric power in LATAM and specifically the Amazon with specific reference to largest project 350 has ever been involved with.

This was the largest project Carbon 350 worked on, where our role was as Lead UNFCCC Accreditor; proving to The UNFCCC that the project is worthy of registration with the United Nations Framework Convention on Climate Change and as such can access the subsidy mechanisms available, finding a buyer for the credit stream, negotiating the terms of sale, and managing the process of verification, issuance and onward sale.

Further details on the project can be found in the link below from the national power company of Ecuador.

The Project Design Document we prepared for the UNFCCC Registration Process is linked as below. As a result of the project, 1/3 of Ecuador’s power comes from this project alone which provides 24 hour power (no intermittancy), and Ecuador is now a net exporter of energy.

Our main challenge for the accreditation and registration of the project (based on us having been involved in circa 20 previous project at this stage, so having a decent idea of what we were doing), was proving to International Rivers that the project’s environmental impact would be negligible.

International Rivers has the gravitas and stature to derail any hydroelectric project in terms of accessing the subsidy and perhaps the whole project),  through the Stakeholder Comments process and evaluation period in the projects accreditation cycle.  These submissions / comment are considered by The Clean Development Executive Board when the project goes for registration under the UNFCCC. Obviously, the United Nations won’t lend its name and subsidy to any project that isn’t environmentally acceptable.

Obviously other factors are considered. The main theme with large hydro has in the past been additionality. This is defined as “are the emission reductions created by the project, versus the base line scenario (the existing carbon intensity for producing electricity), additional to the business as usual scenario. In other words, stepping away from management speak: would the project have gone ahead anyway in absence of the additional subsidy. Alot of the large hydro were so profitably anyway, that the EB objected and decline registration, so there was a fine line to walk in the accreditation process.

Overall, it was a fascinating and engaging business, and was actually a huge success as circa 12,000 environmental projects happened via the UNFCCC, before Kyoto Protocol lost its way. We hope these mechanism come back – at least with these you avoided domestic governments continual policy changes and had a stable platform to work off.

This information should give PPM’s investors, potential investors and other counter parties an idea of what Carbon 350 actually did in the years 2008 through to 2012 and what it may do in the future under The Paris Agreement.

If in the course of reading 350 PPM’s Research, Analysis and Comment, individuals identify investment themes or opportunities, and contact the underlying companies or product providers, before proceeding they should seek independent advice in regard to the suitability of those investments in light of their own circumstances. Their decision to proceed having taken appropriate advice is their own, and 350 PPM will accept no liability for the actions of the individual. 350 PPM does not and will not provide any financial advice. 350 PPM’s Sector Research, Trading Updates, Industry Comment and other associated comment is provided for information only and any action individuals take as a result of information provided is of their own volition and responsibility. Individuals should remember that should they decide to invest in the environmental sector, 100% of their capital could be at risk and tax treatment may vary.

Get all the latest from 350 PPM Ltd - Monthly Newsletters, Latest on Climate Change, Renewable Energy Market, Team Announcements and more! 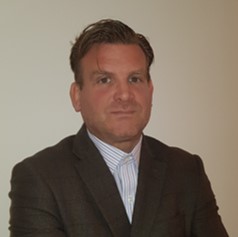 Nick has been involved in the environmental sector since 2007 and has so far been involved with over 50 environmental projects from Municipal Solid Waste Composting in India, to 1500 MW Hydroelectric projects in Ecuador and the pre-construction development of over 260MW of solar sites in Mexico.

Overall, the projects Nick has been involved in have created on-going emission reductions over 9 Million tons of CO2e per annum. Nick holds an Executive MBA from CASS University and an undergraduate degree in Business in Science. Nick founded 350 PPM Ltd, the environmental private equity house in 2015, with Tim Hyett (FCISI).

We use cookies to ensure that we give you the best experience on our website. If you continue to use this site we will assume that you are happy with it.